This site offers an introduction to the pre-1707 Parliament of Scotland by Dr Alastair Mann (University of Stirling). It is based initially on a paper entitled ‘From Pomp to Policy: The Parliament of Scotland in History ‘given at the Scottish Consultative Council on the Curriculum (since 2011 within Education Scotland) conference for the Teachers of History, May 2000, looking at electronic teaching resources, then updated with the launch in 2008 of the online Records of the Parliament of Scotland to 1707 [RPS] (St Andrews), http://rps.ac.uk/ of which Dr Mann is co-editor. The website has been revamped with new workshop materials in 2017 to mark the tenth anniversary of RPS. The material overall also highlights content in Dr Mann’s final year special subject module at Stirling University entitled, ‘The ‘Golden Age’ of the Scottish Parliament: Parliament and Politics in Scotland, 1660-1707 (module code HISU9Y7).

This website and accompanying workshops are intended to provide some core information and suggestions for research possibilities on topics related to the pre-Union (1707) Scottish Parliament. The level is aimed at both High School Higher and first-year undergraduate level pupils and students, but provides a useful introduction to the general reader, journalist and more advanced student.

Thanks are due to the University of St Andrews and the editors of RPS for permission to use the translated and modernised version of the RPS database for extracts in this website, hosted since 2014 by the National Records of Scotland. Thanks are also due to the National Records of Scotland for manuscript images and to Dr Gillian MacIntosh for images taken from the old printed editions of the Acts of the Parliaments of Scotland. 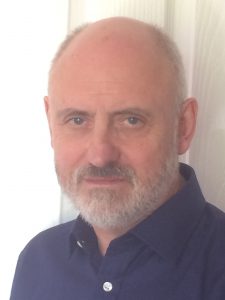 Find out who Dr Alastair Mann is:

Find out about Scottish History courses at the University of Stirling: